Rodney Alejandro - Musician/Songwriter/Producer has been working in the music industry since he signed his first major-label record deal at 19. From then on he has worked on many award-winning projects and sold over 10+ million units of his songs. He has contributed to 4 Grammy-nominated and 2 Latin Grammy-nominated projects in various genres and the 2004 Billboard Latin Pop Album of the Year, to highlight a couple. He has also contributed to many TV shows including songwriting the Spanish language theme for The Ellen Degeneres Show, and composer/producer for the Gloden Globe-winning drama series '"The Shield". He was a performing member of the international pop band The Script as Keyboardist/Music Director. He has also performed with Raven Symone, Sofia Carson, Labrinth, Mańa, Stevie Wonder, Lauryn Hill, Sebastian Yatra to name a few. He graduated Summa Cum Laude with a Dual Major Bachelor's degree from Berklee College of Music and was a Valedictorian at Fullsail Univerisity where he received a Master's Degree in Entertainment Business. 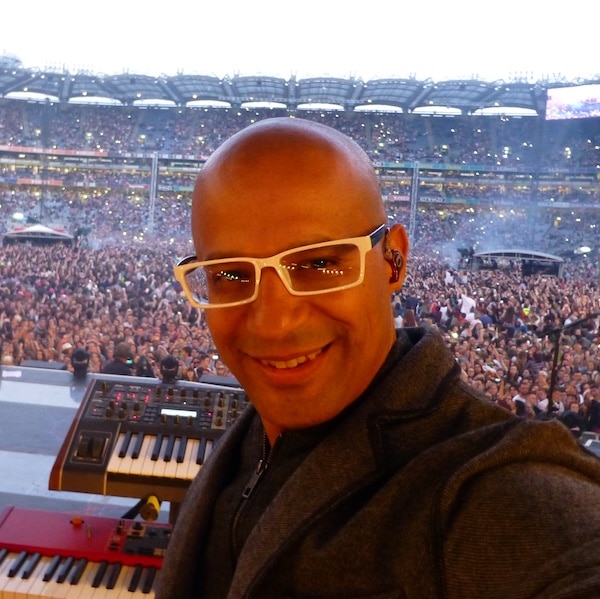