As the daughter of Charles Neville, Charmaine is heir to a rich New Orleans musical legacy but is busy putting her own stamp on this musical heritage. She is known to dish out a spicy mix of the best of New Orleans music, from the nastiest of blues to some V-8-driven R & B. Add a funky rhythm and some jazzy ballads, and you’ve got yourself one helluva Crescent City gumbo!

She started out backing up The Neville Brothers and went on to perform with The Survivors, a band whose alumni list includes Harry Connick Jr. and Bobby McFerrin. Today, Charmaine and keyboardist Amasa Miller co-lead the now five piece band. Fans flock to catch them at their regular gig, Snug Harbor, as well as to the New Orleans Jazz and Heritage Festival, where the band has become a well-known attraction. With a new CD (“Before the Storm”) and a guest spot on “Touched by an angel” behind her, as well as host spots for WGBH Radio Boston and a nationally televised Motown special, Charmaine is at her best on stage. “I intend to do this until I’m 115 years old,” she announces. “I’ll be a little old lady on a walker, going up on stage. When I go, I’ll be on stage.” 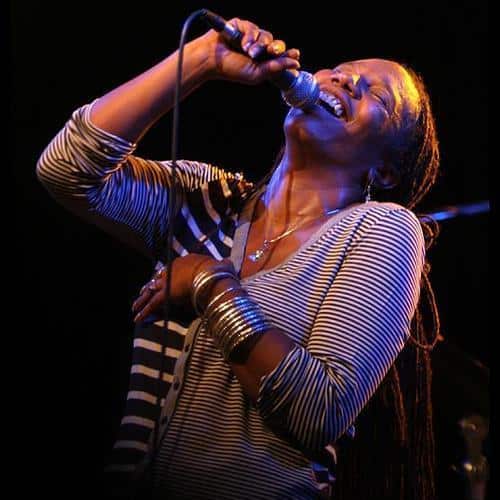