Cienna Alida Wesley is a national award-winning vocalist whose throwback, soulful sound and powerhouse performances have made her one of the most in-demand bilingual vocalists [fluent in English and Spanish] in the U.S.A. Her talent has gained her recognition from national and international artists and fans alike. Cienna was born in Massachusetts and raised in a small suburb just outside of Boston. Her family, having roots in Brooklyn, New York and of the Afro-Puerto Rican diaspora, introduced her to the sounds of Motown, R&B, Jazz and Gospel. Cienna was heavily influenced by the sounds of Celine Dion, Anita Baker, Nina Simone, Mahalia Jackson, and Whitney Houston.

Cienna has performed at the Low-Country Jazz Festival in Charleston South Carolina, the Clearwater Jazz Festival in Florida and many others across the United States with acclaimed-artists such as the iconic flutist Jim Walker, GRAMMY-Award Winning trumpeter Charlton Singleton, EMMY-Award Winning musician José Valentino, and opened for South African vocalist/guitarrist-legend Jonathan Butler.

Cienna graduated from the University of South Florida with a Masters in Public Health and is working as Musician-in-Residence at the University of Florida's Center for Arts in Medicine at Shands Hospital where she sings her heart out for hospitalized-patients in efforts to improve their quality of life. 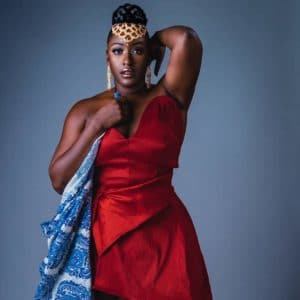