Verny Varela is an arranger, composer, singer and flutist who holds a bachelor's degree in music from the Universidad del Valle in Colombia and M.A. in Afro Hispanic Studies from Howard University in Washington, DC. Born in Cali and raised in the "Barrio Obrero," Verny started singing and playing with his father's band, "El Nuevo Son." In 1996, he sang with Ismael Miranda, Adalberto Santiago and Pete "El Conde" Rodríguez, as well as with members of the Fania All Stars, both in Cali and in Tulua. In 1997, Verny became the lead singer in the Gabino Pampini Band, and later toured Europe and the U.S. with Tito Gomez.

In 2001, Verny wrote and recorded for ESL Music on the Thievery Corporation's albums "The Richest Man in Babylon", "The Cosmic Game",and "Radio Retaliation." Later that year, he wrote and recorded on the Hip Hop CD "The 51st State." In 2002, Verny sang on the 40th Anniversary CD of the outstanding charanga band, Orquesta Broadway, in New York City. In 2004 Verny released his album "Amar de Nuevo" which landed in the Latin Grammy list of the best tropical albums of 2005. Songs like "Matilde" and "He Vuelto Amar" became hits in Cali, Colombia. This album received very good reviews in Italy and Germany. Verny co-wrote, arranged and released his newest album "Gracias." The song of this album "Fuiste Tu" is already a hit in Cali, Colombia. He studied jazz for 2 years at the University of Distric of Columbia. Currently, Verny Varela is a teacher from Howard University and Eagle Academy School. 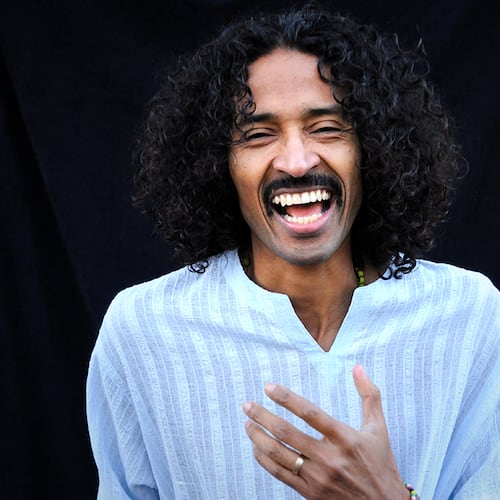