A Celebration of Jewish Heritage

Ben Gundersheimer, M.Ed (Mister G) is a Latin GRAMMY Award-winning artist, author, educator and activist. PJ Library has commissioned to him to write two albums (The Mitzvah Bus and Seeds of Shalom) of original music for Jewish children, which have been distributed to tens of thousands of families around the world.  Ben tours internationally performing at major festivals, performing arts centers and cultural institutions.  In 2020 his book, Lilah Tov, illustrated by Israeli artist, Noar Lee Haggon, will be released by PJ Library and Penguin Random House.  Based on a lullaby from Mister G's Parents' Choice Gold Award winning album, The Mitzvah Bus, the book depicts the journey of a young girl as she leaves home with her family in search of a better life in a new land.

As a first generation American, Ben’s roots run deep. His father was born in Frankfurt and made a harrowing escape from Nazi Germany as a young child. Ben grew up very close to his grandparents who lived to 101 and 97 years of age, instilling a profound sense of history and cultural identity throughout their lives. 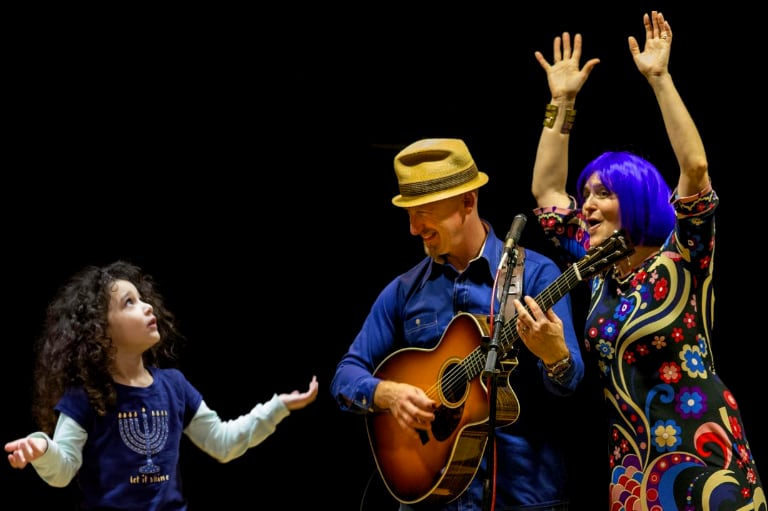 Originally released through PJ Library in 2015
Recipient of a prestigious Parents' Choice Gold Award, Ben's first collection of Jewish-themed original songs was dedicated to his grandparents, Herman and Freidl Gundersheimer, who emigrated to the US from Germany in 1939. As Ben says, “I wrote my first songs at the age of nine when I started playing the acoustic guitar. My most treasured Bar Mitzvah present was an electric guitar—I’ve been playing it ever since. I’ve made many albums over the years for grown-ups and children, but none have been as much fun to write and record as this one. Engaging musically with my culture and traditions was such an inspiration that I ended up with enough material for two albums.”

Released through pj library for Hanukkah in 2018
A collection of original songs inspired by the Jewish principle of Bal Tashchit (do not destroy) encouraging children to protect and preserve the natural world. A hallmark of Mister G’s multicultural songwriting, the album features an eclectic range of musical styles and languages, Spanish, English, Hebrew and Yiddish. “Tikkun Olam (Repair the World)” and “Sí Se Puede (Yes We Can)” inspire kids and families to take action for the environment. “Las Estrellas (The Stars),” “Tu B’Shevat (Birthday of the Trees)” and “Mayim (Agua) celebrate children’s innate sense of wonder and awe for our shared planet.