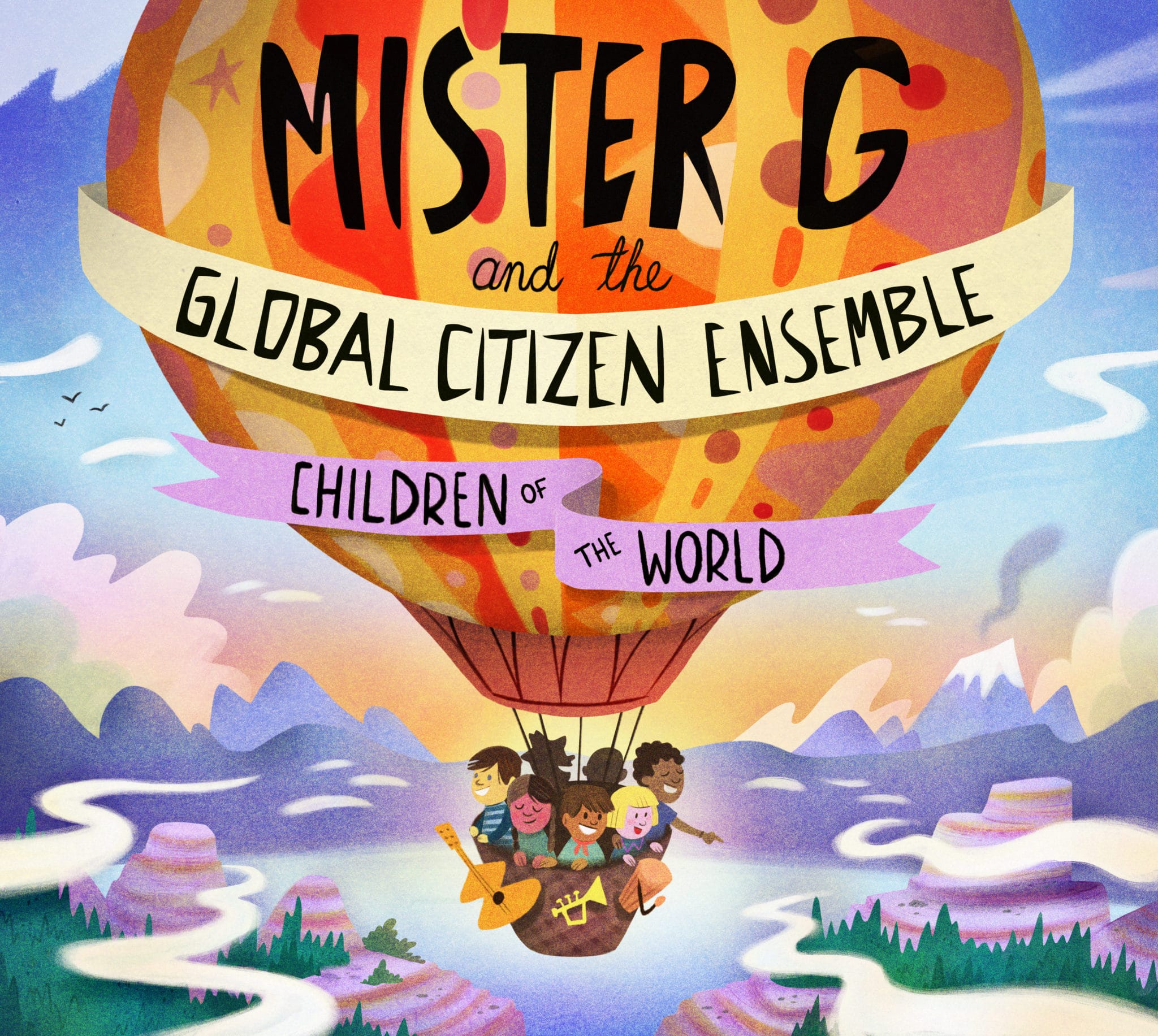 Children Of The World

THE STORYTHE ENSEMBLEBUY NOW
"Washing Our Hands" features children from all over the United States, helping to make hand-washing a celebratory ritual.
"Rhythm & Rhyme" features José V and the artwork of Mexican illustrator, Marcos Almada Rivero.
Despite the pandemic’s many hardships, this strange period of time has also created opportunities for artists to make new work and collaborate in unprecedented ways. With live performances canceled for the foreseeable future, Latin GRAMMY Award-Winning musician, author, activist, and educator, Ben Gundersheimer (aka MISTER G) began reaching out to friends and colleagues around the globe to share songs and ideas that had been percolating in isolation. Soon, one friend was introducing the project to another and the response was astonishing.

Each of the twelve tracks developed organically through video calls and emails exchanged while sheltering in place. Ben would share a new song and an artist would hear something intriguing and then embroider it with his or her unique cultural perspective. That might be a rhythm, as on “Talking Drum Alarm Clock” which features West African drum master, Massamba Diop (Baaba Maal, Black Panther Soundtrack) or a traditional instrument such as the Đàn Tranh, played by Tri Nguyen from Vietnam on “The Bamboo Bridge”.

GRAMMY-nominated bass vocalist and outspoken racial justice advocate, Armand Hutton, brought his own musical heritage to the album, underpinning “Earth Beneath Your Feet” with rhythmic call and response and rousing gospel harmonies that feature Cienna Alida.

“‘Harmony’ is often used as a word that means togetherness,” said Hutton in a recent interview with the Recording Academy. “But we know that it is a basic musical term, so we must once again make the word "ours" by leading the charge against division, and doing our best to embrace each other's differences.”

GRAMMY-nominated Chilean Jazz vocalist, Claudia Acuña, lent her exquisite phrasing to the bilingual song “You & Me (Tú y Yo)”, which speaks to immigration and articulates a call for unity.

“If you only know how much this album brightened my day, thinking of all the children and families, and myself as an immigrant.” said Acuña in a recent phone conversation, “I wish that I had grown up with music like this.”

The album also features the voices and perspectives of children from around the United States, who urge adults to take the pandemic seriously in “Put On That Mask” and rally around the new normal in “Washing Our Hands,” a funk track that aims to turn hand washing into a celebratory ritual.

Producing the album from his home studio in Western Massachusetts, Ben was humbled by the generosity, trust, and fluidity offered by an ever-growing cast of characters, many of whom had never met or worked together before. The result of this unusual collaboration is a vibrant global soundscape that effortlessly traverses borders and exemplifies the idea of music as a universal language.

Much like Ritmo y Rima – Ben’s Spanish language record released earlier this year - the album has two voices: children will be drawn to the captivating songs that explore subjects like dinosaurs, marimbas, and eco-activism. Adults will appreciate the wide range of musical styles, the educational value, and the themes of unity and hope. And listening beyond the lyrics, one discovers a narrative of quarantine as a creative springboard. and the exponential power of music to dissolve boundaries.

Dr. José Valentino Ruiz is an EMMY® Award-winner and a music professor at the University of Florida who is known for his expressivity on numerous instruments and vocals. Jose is co-founder of a non-profit music education center in Guatemala that helps children learn life skills, a music coach for kids at the Diaz Music Institute, and the loving father of Luca, who performs on track 7, "Rhythm and Rhyme."
MORE ABOUT JOSÉ